Jinsoo Kim, a student at Center for Furniture Craftsmanship, won the Best of Show award in the 2021 AWFS® Fresh Wood Competition after judges reviewed 24 finalist projects of from 12 different high schools and colleges in the U.S. at the 2021 AWFS®Fair in Las Vegas, Nevada. All 24 Fresh Wood student finalists went home with monetary prizes ranging from $250 to $1,000, along with trophies and software prizes. 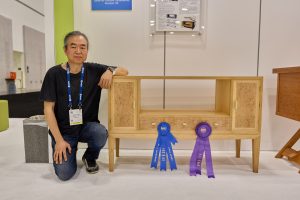 Kim was awarded an iconic sculpture made by renowned woodworker and artist Scott Grove, which was displayed at the Fresh Wood booth throughout the show. He received $3,000 total, and a KCD Software Package. He also received First Place in the Post-Secondary Case Goods and Tables category of the competition, which included another $2,000 prize and a Certificate of Merit. The Best of Show award is sponsored by KCD Software.

Fair attendees awarded the People’s Choice Award, and a $750 prize to Mohammed Al-Yaseen at Lincoln East High School, for his project The Nest. Al-Yaseen spent much of his time at the Fresh Wood booth demonstrating the mechanics of his chair as the entire piece is able to fold down flat. 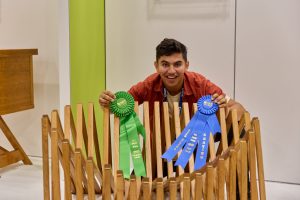 A new Bravo to Teachers award was given out, thanks to sponsor MAKESafe Tools, who presented a well-deserving teacher they selected with a Power Tool Brake; the recipient was Roy Castillo from San Jacinto High School in California. Roy’s student Fernando Cantu Pirelli also won Second place in the Case Goods Category for his Walnut Entertainment Credenza. 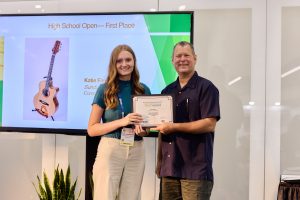 The biennial event, held as part of AWFS®Fair, attracted 102 entries from schools in the United States. The Fresh Wood winners are listed in the table below. 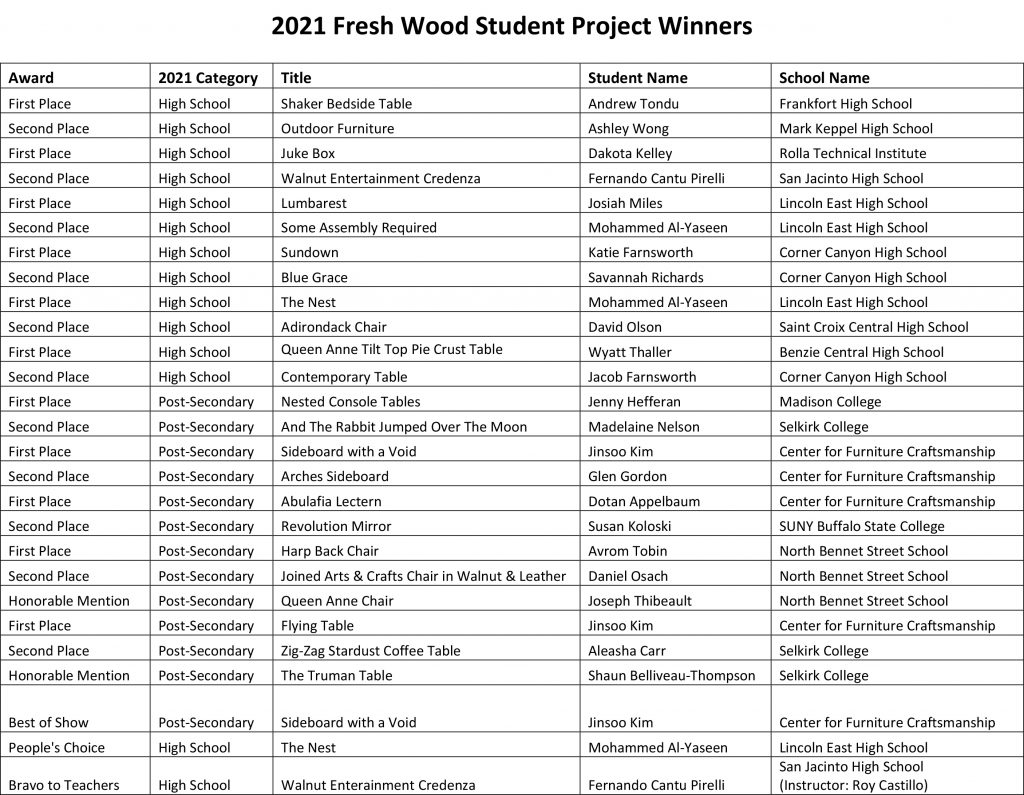 AAW Turning to the Future Students Honored for Talent in Turning 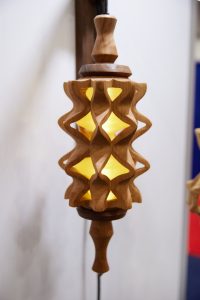 Meanwhile, five students received awards and prizes in the American Association of Woodturning (AAW) Turning to the Future Competition. Thanks to the contest sponsors, the Grand Prize winner received a $750 Gift Card to Woodworker’s Emporium, and category winners received cash prizes of $500 (First Place) and $100 (Second Place). Judging was completed by professional and recognized wood turners Stuart Batty, Christian Brisepierre, Scott Grove, and Tib Shaw. The Turning to the Future winners are as follows:

Turn to the Future by Noah Schuerman, University of Idaho